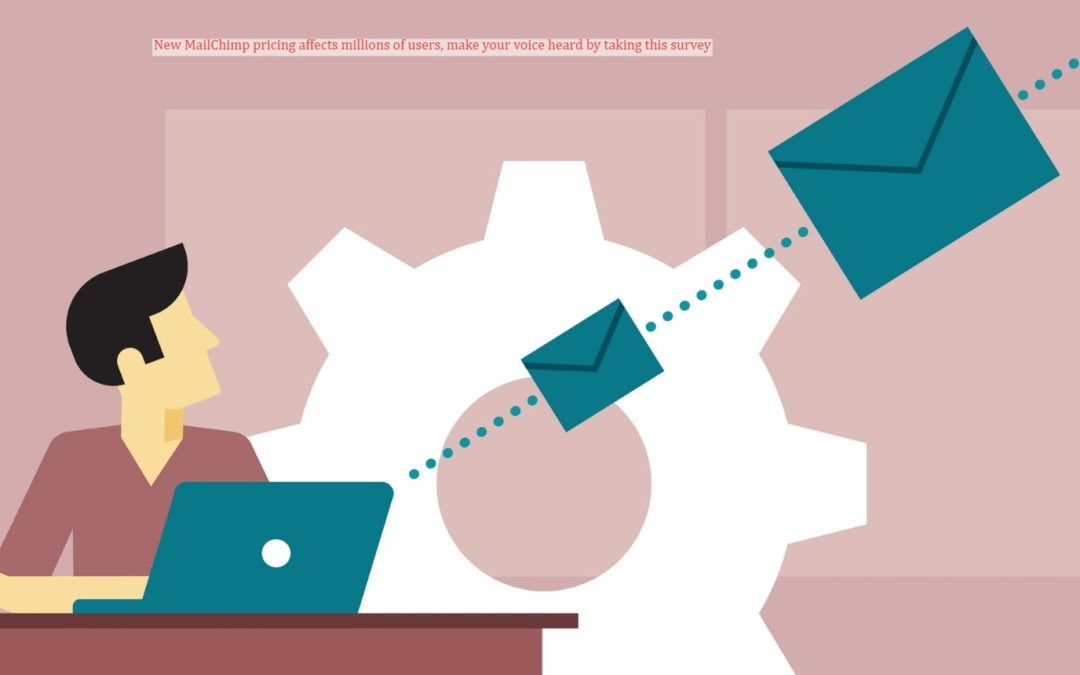 MailChimp has been the ultimate go-to for all the email marketing related worries. MailChimp has recently expanded from being an email marketing platform to a complete marketing platform. The email marketing giant has sent an email to its customers claiming that it has rolled out a new pricing policy, according to which Mailchimp has changed its previous definition of ‘Audience’ to ‘Audiences’, which will now include all the contacts those who have opted-in (subscribers) and also those who have unsubscribed. Previously, Mailchimp used to charge its customers on a subscriber basis, which will now be replaced with the number of ‘Audiences’.

Along with this, free tier user will effectively get to use ONLY half of the 2000 free subscriber (considering a 50% unsubscribe rate) and scrapping it’s pay as you go plan and 10% discount for 2FA activated users.

This revision has drawn flak from many of its users, while a lot of them are looking for alternatives to MailChimp. The main reason for this discontent is the inclusion of unsubscribed and never opted-in contacts to ‘Audiences’.

MailChimp user Jason Evanish tweeted his opinion on this revision.

Called it. @Mailchimp is going to start charging customers for unsubscribed users under a twisted justification that they’re still part of your “audience”:

This how bad, big corporate ideas destroy a business. pic.twitter.com/w58W5OHwy8

MailChimp user Adrian Tineo pointed out the irrelevancy of counting unsubscribed and never-opted-in contacts as ‘Audiences’ in his tweet.

If I unsubscribed from a mailing list, how does that still make me suitable to be marketed to, even when I explicitly opted out? Can you please elaborate how this is in line with anti-spam regulations? Thanks. @Mailchimp pic.twitter.com/0ynFIiCUzj

According to a previous communication from the platform, the new revision was applicable to all its clients; which has now been revised as applicable to new clients or clients who move to the paid tier post the change only (those who have joined after 15 May 2019) after receiving severe criticism from its users.

This revision might have drastic effects on Mailchimp’s 10 mn clients, and 4 bn subscribers. MailChimp is now on a voyage whose destination only time will tell.

This site uses Akismet to reduce spam. Learn how your comment data is processed.

We are very sure of our services and quality of work.
How sure if you may ask?